I met up with some friends (Zoe and Nikki) this week it was to celebrate our "anniversary" I  know Zoe from when I lived in uni halls in the first year. We were close straight away and are the only 2 from the flat to still be in contact/friendly. In our second year we needed another house mate so we found Nikki online (after eliminating a few other potentials, like the boy who said he wouldn't be able to pay the rent for the first 4 months and the boy who refused to speak when we first met him).  She was deemed normal enough to meet up with (false advertising indeed!) so zoe and I met her in the local pub and after some awkward hellos were out of the way we found ourselves chatting like we had all been friends for years. So every year since we have met up to celebrate that first meeting. Last year we watched the royal wedding had a bbq and went for a pedalo ride!

Then this year we met up a few weeks later than the anniversary date of april 29th (due to the girls being in work) and as we are all living in different city's we met in Cardiff (nearest to me as I'm ill and they are nice like that) We had the full works in Tgi friday, a huge sharing platter to start and they both had Bugers for mains and I had the jack daniels chicken (loove it) although it was all eaten to quickly for photos!


We then had a wander around town and ended up at the benefit beauty counter in debenhams where Zoe and I had our eyebrows waxed and made beautiful and Nikki bought a bag full of goodies, including the b.right! Radiant skincare by benefit 6 piece intro kit - £10 which Zoe and I also bought as we were so impressed with the value for money, so eventually once I have given this a thorough testing I will let you know my thoughts and theirs too! 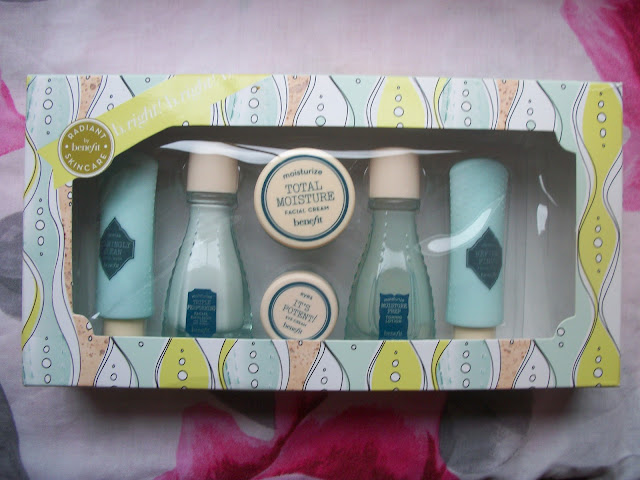 I also bought the Real techniques core collection brush set which I will also post about later (though not a review since eeeevery blogger has reviewed these and its pretty given that I'm going to love them!)

We finished off the day with a Krispy Kreme doughnut as Zoe had never tried one (shocking!) 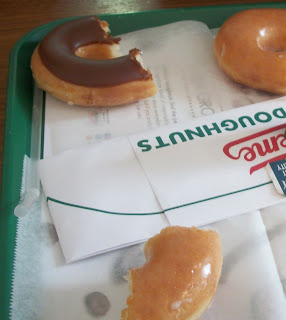 We got so carried away I only got this rubbish photo!