I think every post needs a picture so this is a bit of welsh countryside for you! 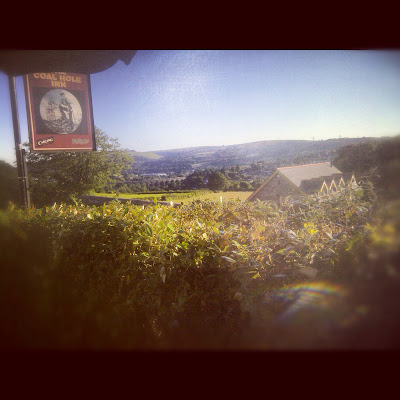 I've been a bit useless on the blogging front recently and I have no good reasons why, although I might try and blame it on my lovely family who have all been making an effort to keep me occupied and stop me moping about since my boyfriend moved down south.

I'm coping quite well as he has been home nearly every weekend and I even braved the train to visit him last weekend, total nightmare! The train was so full everyone was standing and since I've been ill I can only manage a few minutes of standing still so panic set in. I ended up sitting on the floor near a young family with the same idea and luckily a seat was available from Bristol onwards so I dived into it. It was worth it though as we had a lovely weekend together and I'm definitely more excited at the prospect of moving to join him some time soon.

My camera on my blackberry is rubbish so I don't have any decent photos of my trip, hopefully I'll be getting an iPhone (passed down from my sister) soon so I can inundate you with snaps.

The boyf met me at maidenhead and we had a wander around the town and stopped for a few drinks in the pub to escape the rain. I then very cleverly ripped the only pair of legging I brought with me, a huge rip from my knee to my thigh and had to race into Dorothy Perkins for an emergency pair! 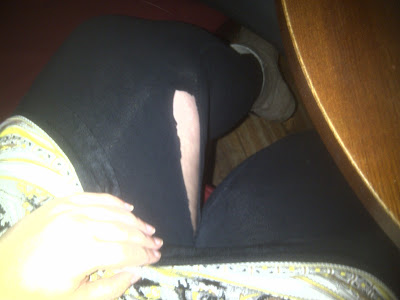 My boyfriend is staying with his grandparents who I have met a few times before and they were so lovely and made me feel really welcome all weekend. It's perfect for him as he is a 10 minute drive from work and saving a ton of money on rent. It's nice for him to spend some time with them as well!

On the Saturday we headed to Westfield shopping centre which was amazing! You can tell I'm from a tiny valley as I was so blown away by the scale of it. Though I don't think I have ever walked so far in my life, I will definitely be going again when I'm all healthy as I didn't manage a third of what I would have liked to have done. It's my birthday on the 31st of this month so my lovely boyfriend wanted me to pick out a few gifts (I'm so picky that it's a minefield trying to buy me surprises) I'm a major bargain hunter so he was getting a bit fed up of me struggling to spend any money. I have written a post on all the lovely things I picked up but will have to wait until after my birthday to show you as boyfriend is keeping it all to wrap up! We had food at nineteen10 which was a Mexican stand on the balcony and it was lovely I had chilli con carne and he had a steak burrito, we shared some nachos and both had drinks for a little over £20 which I thought was excellent value for shopping centre food.

We had a chill out day on Sunday which I certainly needed and then I braved the train back home but it was a lot better this time round thank goodness.

Hope you don't mind my rambling post, I've already cut half of it down!

I've got lots of posts planned for the next few weeks I'm really planning to up my game a bit.