The last time I featured some instagram photos the comments were pretty positive so I figured I'd pop a few more on. I don't use instagram as much as I'd like because I have a blackberry so can only use iPad pictures and I don't usually carry that around with me (I'm afraid of loosing/dropping it, I'm so accident prone!) hopefully I will be getting my sisters old iPhone soon I think I'm becoming an apple convert!

Anyway this is my week! 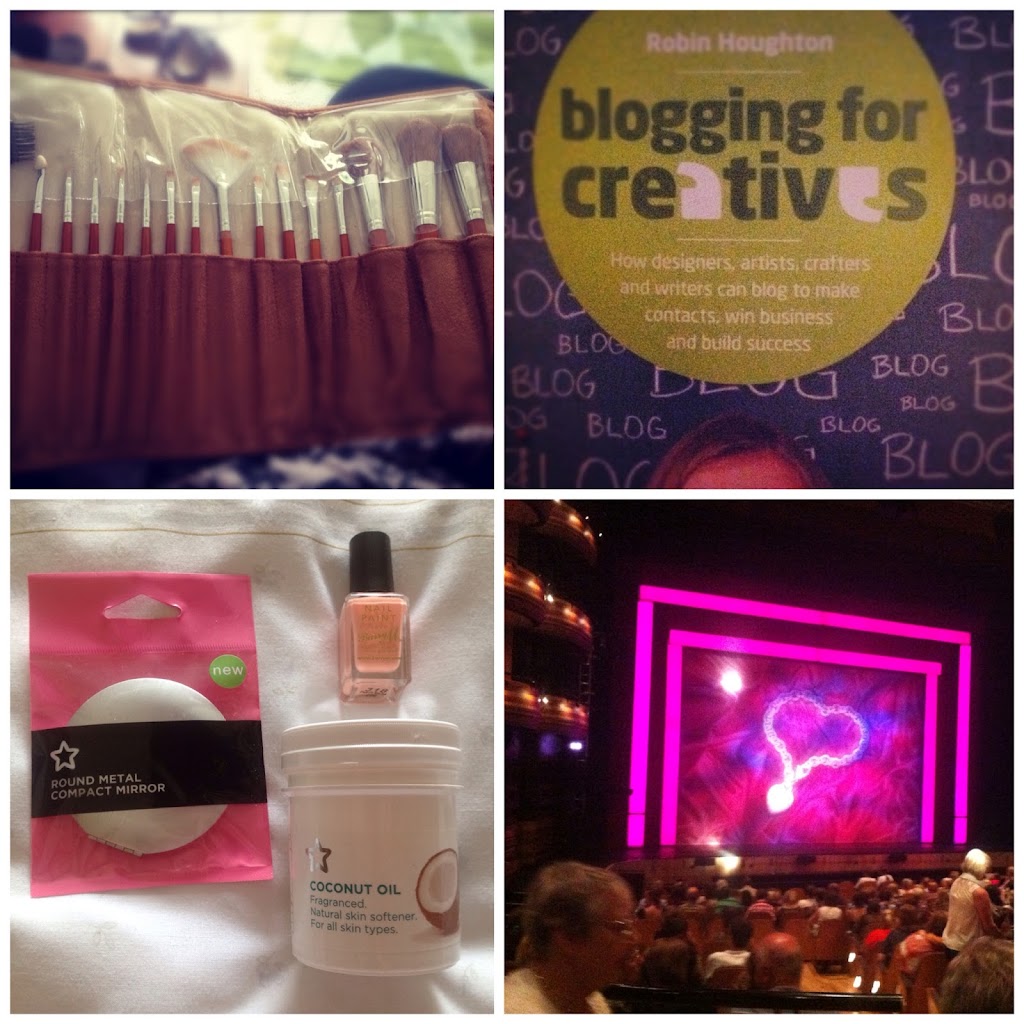 The top two photos are my amazing birthday presents off one of my best friends sarah. It's practically tradition to get my presents late off her (last year they arrived in October!) I actually quite like it though as its nice to wake up to an unexpected parcel. The brushes are in a lovely suede feeling pouch and there are so many of them that I don't even know how to use some. She told me she bought me a cheap set of brushes so I can use them everyday and save my lovely real techniques brushes for best. The book is also really thoughtful and if my blogging suddenly starts to improve you'll know why!

I picked up a few bits in Superdrug this week. I've been using the coconut oil lots just because I like the way it melts and for £1.49 on offer it's such good value. I'm planning to have a pamper night and cover my hair in it soon too. I bought Barry M nail polish in Peach Melba, until recently I hadn't tried Barry M polish (I just don't know why) but now that I have I want them all, it's my perfect formula and this colour is so lovely too. Oh and the compact mirror as I just didn't have one.

Finally as an early birthday present for my sister (as this is the last week it is in Cardiff) my nan took me and my sister to see legally blonde the musical!

It was amazing, we really loved it. I love musicals so much, in another life I was definitely on the stage! It was really true to the film and the cast were brilliant, including Gareth Gates who was amazing I actually think he was made for musicals. We also bumped into him in the car park after (as you do) he was really nice having photos with everyone and a little shorter than I expected, He is totally the most famous person I have ever met! I did have to give my nan a severe warning before though, she really wanted to tell him that she voted for him on pop idol! I figured he probably just wants to get in his car and go home not be pestered by us.

Phil is home for the long weekend so we are heading to the cinema tonight, it's so nice having him here for a bit longer as the weekends just fly by. I'm working on a plan to go join him but nothing is concrete yet.

Any musical fans reading? Also any film suggestions for later?