I've been whisked away to Bath 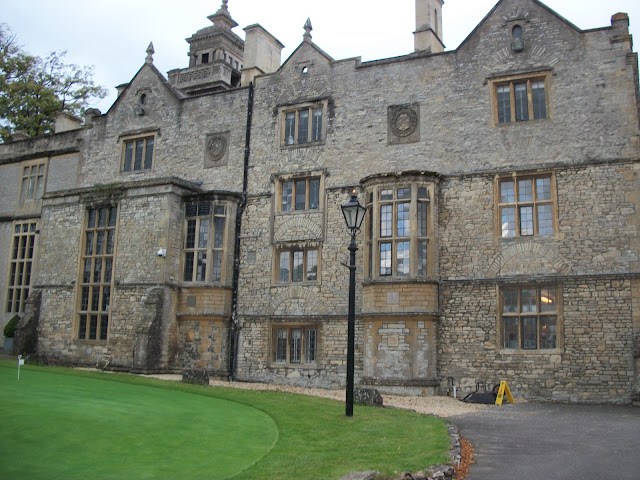 I mentioned in my last post that my lovely boyfriend Phil was taking me away for a surprise weekend, this is not something he has been able to do before as we dated all through uni where money was pretty tight for us both but now that he has a real job he was so excited to be able to organise something nice for us.
While he tried to keep the destination a surprise I eventually got him to tell me that we were heading to "near Bath" but that is all I could find out. I'm useless with secrets I can't bare not knowing and he's not great at keeping them either!

I was so pleased to be going to Bath though as its such a beautiful place, we stayed at a beautiful Country Golf hotel called Tracy Park. Phil thinks the booking was a total fluke as it was far nicer than he expected and very reasonably priced. 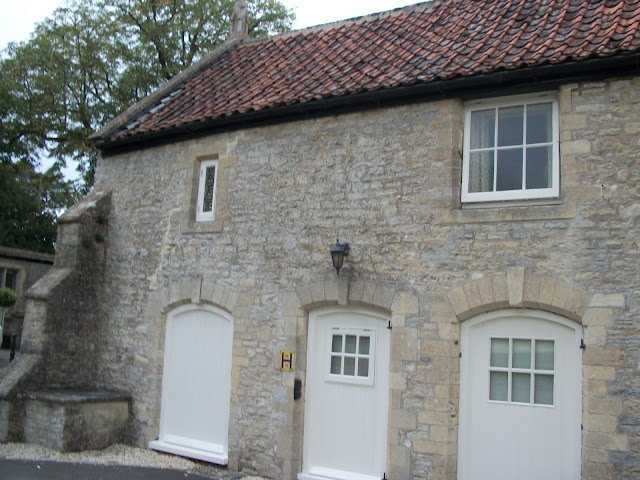 The main building houses the reception, dining rooms and the wedding/conference areas and the rooms are in separate buildings like in the photo above and although you only have a room and en-suite it was a bit like having your own little cottage for the night. 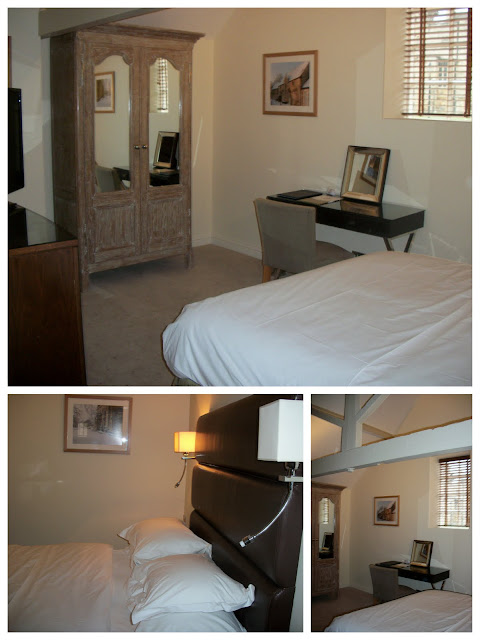 The room was really plush and the bed was the comfiest I think I've ever slept on! There was a huge Tv and a mini fridge with bottles of chilled water and milk for the tea and coffee. The boy did good! 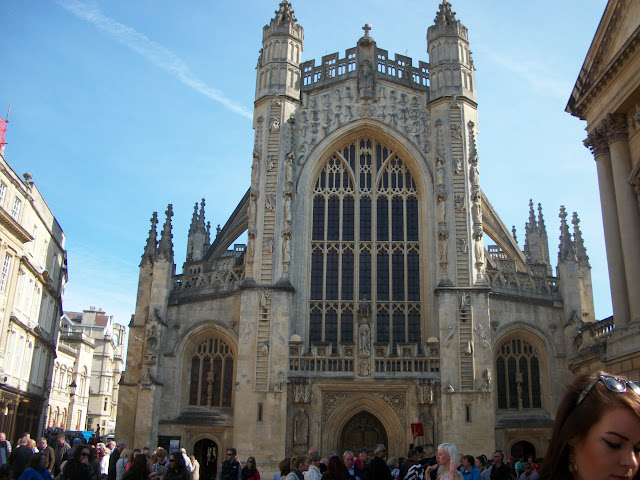 We used the park and ride which was really easy and so much cheaper than parking would have been and made our way into bath centre. The buildings are so beautiful I was practically mesmerised the whole time, I would happily up sticks and move there, except for the crowds as it was unbelievably busy. We were so lucky with the weather too a rather strangely nice day for us. 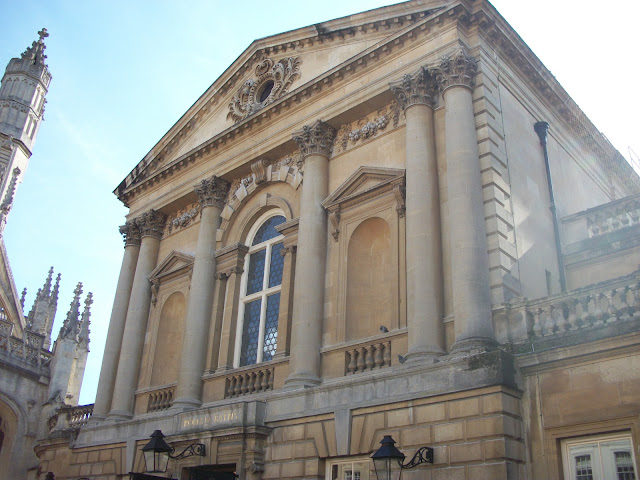 We did all the touristy things like visiting the Roman Baths which were amazing, I got a bit bored of all the museum displays and preferred just sitting near the water soaking the atmosphere up, while Phil went around making sure he had heard/seen/read everything. 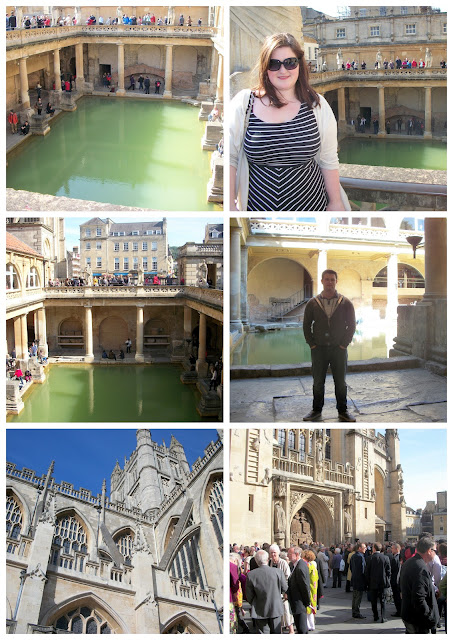 After this we headed to the Bath Thermae Spa where we had to queue for an age (and pay out a fortune) to go for a swim in the thermal spa water. This was the absolute highlight of our trip as it was so special. The spa has a large pool and jacuzzi on the ground floor then a steam room with different scents like tea tree and camomile on the next floor and finally an open air rooftop pool with the same hot spa water and views of all over bath. I loved the rooftop pool and it felt totally surreal being there especially as we hadn't really planed it I just threw my swimsuit in just in-case. It was such a lovely thing to do and nice to have a relaxing swim with no kids an no lengths to swim either! I cant wait to go back either with Phil or on a girly weekend!

From one good trip to one that's not so good, my holiday to Ibiza has been cancelled as I was going with my grandparents but my nan has a chest infection and has been advised not to travel abroad. She's pretty upset and feels like she has let me and Granddad down, but to be honest I hadn't really got my head around us going and it had crept up really quickly so I wasn't that excited (we were meant to leave in the morning, so perhaps I wasn't ever gonna get excited). I wonder if Debenhams will take back my unworn tankini?

Have you guys been to bath or in the Bath Thermae Spa? As a non-holiday treat I'm going to go get my hair cut tomorrow as I'd been putting it off until after the holiday, so to fringe or not to fringe?